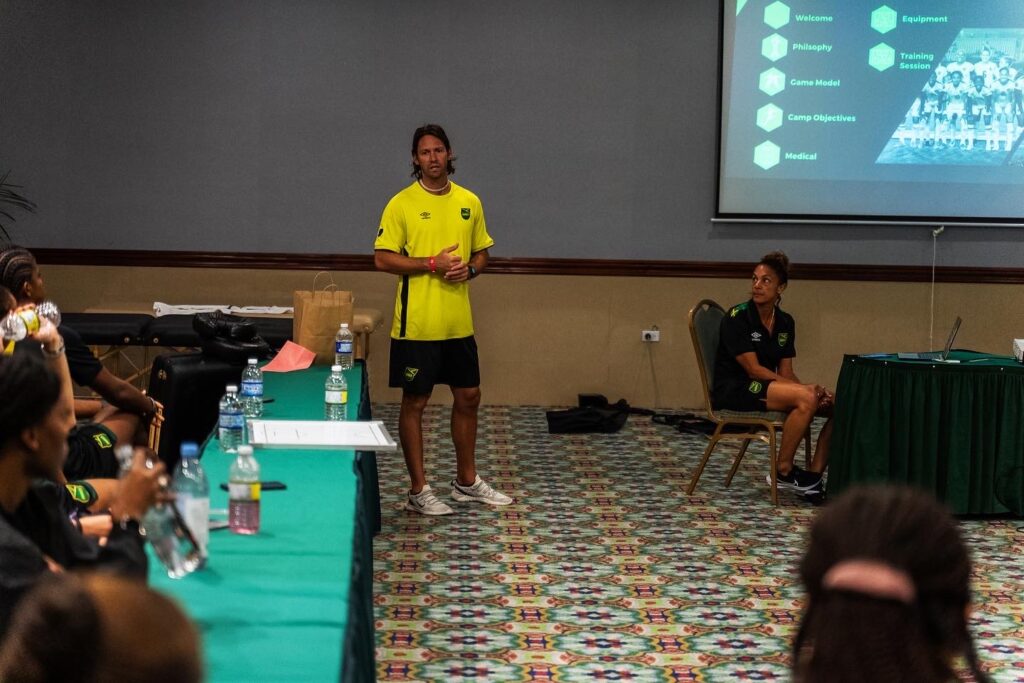 As most of you know I work for the Jamaica Women’s National Team and have since 2014 in some capacity. In 2019 we were the first women’s team to qualify for the FIFA Women’s World Cup. Also, as some of you might know, we did it again! In July of 2022 we secured our spot in the World Cup this summer in Australia/New Zealand. As you can imagine a ton of work goes into the preparation for the World Cup. I plan on giving an inside look, month by month, on what goes on behind the scenes and at different camps we will be holding around the world.

We begin the year with a mini camp in Ft Lauderdale, Florida. We called in 28 players, based primarily in the US and Canada, so that we had enough for inter-squad games and could look at everyone we wanted to see. The 28 players consisted of U17, U20 and senior team players. Due to some coaching changes over the last couple of years not all of our coaching staff are completely familiar with players that have been on the U20 and U17 teams. So to mix those players, as well as some new ones, alongside some senior players made for a competitive camp to say the least. It was a short and very productive camp… We arrived on a Wednesday, trained on the Thursday, and had our first inter-squad on Friday. Saturday was a light day, with some position-specific work, and then inter-squad again on Sunday. We wrapped up camp with individual meetings, and everyone departed on Monday.

Obviously, we have to pick our best 23 players to take the World Cup, but next month we are heading to Sydney, Australia to compete in the Cup of Nations Tournament. At the conclusion of the Ft Lauderdale camp our goal was to select 24 players to take to this tournament. I think one of the things we love as a staff right now is that the players are making it very difficult to select players. We spend countless hours discussing these players and who we are going to take. The conversations get heated, but ultimately this is how it should be. Good players making it very difficult for us to choose.

Now it’s time to select and announce the 24 players for next month. Stay tuned…