How We Handle In-Season Athletes 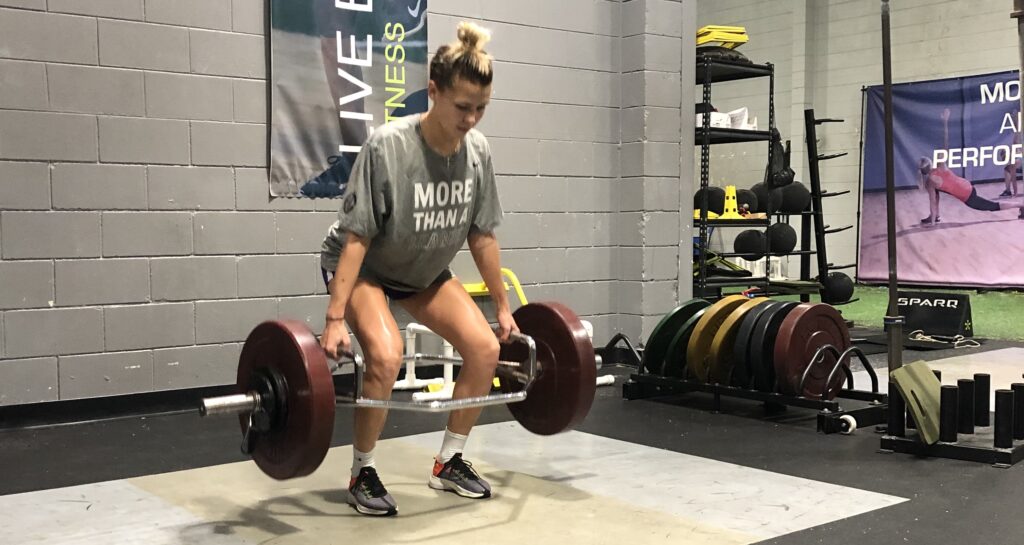 How We Handle In-Season Athletes

First off, it’s important to recognize the importance of sticking to a ‘Strength’ program while in-season. We often see many athletes spend an off-season working out 3-5 days per week only to come to a complete halt when their season starts. It takes only about 2 weeks for those gains to start to diminish. Why spend 3 months making significant improvements if you don’t have an in-season plan. Before we start making recommendations on what an athlete should do in-season it’s important to acknowledge all the different variables: your sport, what your team does in regard to strength and conditioning, how many days per week of practice, how many games per week, most important times of the year, and the list could go on.

I will speak somewhat generically here to make some basic points on how we handle in-season athletes, ‘most of the time.’ If we were here talking in-person I would probably answer each question with, “it depends.” I will also use several examples to help paint some different pictures.

Generally speaking, we recommend an athlete gets in two days per week of strength training. The athletes’ schedule will determine what those two workouts look like. It’s easy to say they are both full body lifts, but that’s not always the case.

For example, we have a high level, high school-aged soccer player that practices with his team 3 times per week, private coach one time per week, and 1-2 games per weekend. His club doesn’t do any strength training. He comes to us on Wednesdays and Fridays. Wednesday will be a full-body day with a little bit more lower body emphasis. Friday will be mostly an upper body lift with core and lower body mobility with his game(s) as the most important on the weekend.

Sometimes we only recommend one time per week.

As a sports performance company we put a strong emphasis on building the total athlete. That means making athletes move as efficiently as possible with our speed and agility work combined with improving overall strength and power. However, when we move into an in-season program the focus turns more towards the strength and power components. The reason is the athlete is now in their sport where the majority of the time is spent running, jumping, and cutting. For that reason, our emphasis turns to strength training. We don’t want those off-season gains to diminish. Rather, we want to put our athletes in a place where they are excelling at the most important times of the season versus being on the decline.

Rarely do we see our athletes get hurt while on a strict training regime, it’s often when they have been off of if it for at least a month. Please let us know how we can help you or your athlete(s).