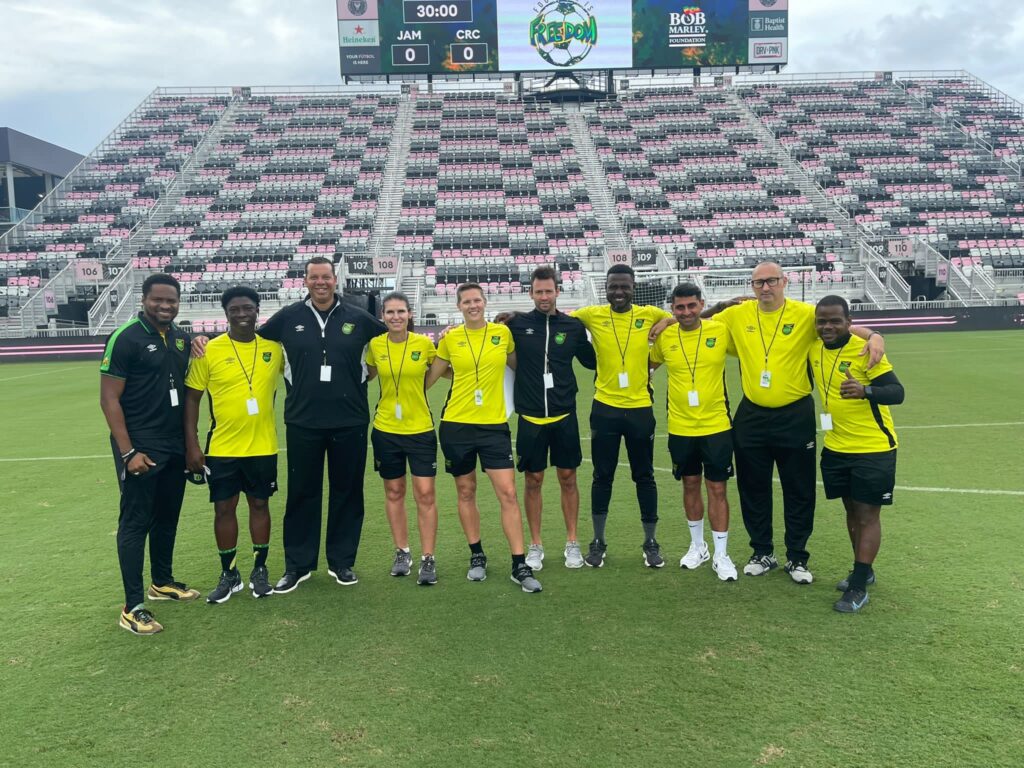 I started working with this program in 2014 and I wish I had done a reflection after each camp. After 7 years I would have one heck of a documented program evolution.

I just returned from Miami after a week-long camp in which we played Costa Rica twice and brought 7 new players in, all of which continue to raise the bar of the product that we put on the field.

Not only are a large portion of our players from four years ago now playing for professional clubs around the world, but we have also attracted other Jamaicans playing professionally for top clubs abroad.

One of our commitments has been to maintain a theme of using ‘Best Practices’ and ‘Raise the Bar.’

This camp was no different…

Every camp that I have been in over the last 7 years is very unique. There are obviously lots of similarities, but there are so many variables involved in a camp that you have to be prepared for. This camp was only 7 days, we had two matches and had 12 players report from Europe. Arrival day (Monday) is a throw away day, so the first day of training (Tuesday) is match-day minus two (MD-2) for the majority of the team. We have to remember that less than 24 hours ago some players had roughly an 8-10 hour travel day with a 5 hour time zone change. One last variable is that some players played 90 minutes on Sunday and then traveled across the pond on Monday.

So not very high expectations for training on Tuesday. Wednesday is the day before the match on Thursday, and Friday is an off day.

So, how do I (We) put the players in the best situation to optimize their performance.

Over the past 7 years we have always had a quality staff but never enough. There are so many moving parts to a camp you need a full support team for it to be successful. Credit to our Head Coach for pushing and creating this. Our entire staff included about 15 people:

Thanks to the Bob Marley Foundation, I got exactly what I wanted from a recovery standpoint. I had an arsenal of Hyperice Products: Normatec Boots, Hypervolts, Hyperspheres, as well as Marc Pro’s. In fact, one of the coaches said that our Medical and Recovery room was comparable only to the US and Canada, two of the best women’s football teams in the world.

So, reflecting on this camp, I felt like we put together one of the most professional representations of a Football Federation. A combination of player management, the industry’s best recovery tools and a full support staff allowed us to put the players in the best position to perform at the highest levels.