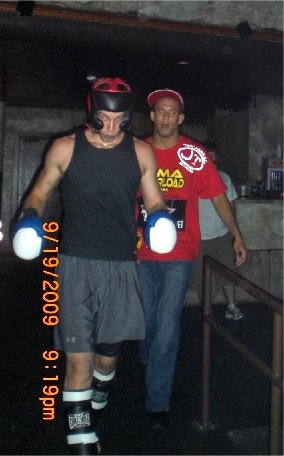 One of my favorite misconceptions about the rapidly growing sport of mixed martial arts (MMA) is that some people think it’s just two crazy guys throwing caution to the wind and slugging it out. This ideology couldn’t be further from the truth, both men competing know good and well what they’re getting into and they’ve undergone endless preparation to try and ensure a victory. However with all the training that a fighter goes through during camp I still see some giant holes that could be filled through establishing a smarter program or routine. Sure there are a ton of components that need to be practiced such as boxing and wrestling as well as submission defense and conditioning, however it is my belief that some of the most important and overlooked aspects of MMA tends to be the little details. Take for example strengthening all of the core musculature (transverse abdominis, rectus abdominis, glutes, and the lumbo-pelvic-hip complex); not just doing the Manny Pacquiao crunch routine to get a little six pack.

Core strengthening and stability can directly translate to improved performance in any sport, especially fighting. Keeping the kinetic chain in alignment or rather enabling the body to efficiently perform as a whole, fluid unit is case in point. The transfer of force production, as well as the injury prevention provided by a strong core are some of the primary benefits of keeping the kinetic chain in alignment. Without a tight core, a fighter’s ability to accelerate in for a takedown would be useless, and even the punching power generated in the legs and sent up through the core and through the arm to the fist would be less effective.

From an injury prevention standpoint, a strong core can literally make or break your submission defense. In order for a fighter to survive a tight chokehold or to get their arm out of an extremely compromising position they must be able to maintain stability through their core or else they will be going home empty handed. It can even translate to the reactive abilities of a fighter to move out the way of an oncoming attack. Core strengthening has an influence on removing the load from the spine and improving both offensive and defensive components of the athlete’s fighting style.

When selecting exercises to improve your core strength, specificity is an important variable to consider; meaning how can we best train the core to mimic the movements of MMA? I have grown fond of the standing russian twist because one, it is a closed kinetic chain movement and because of the heavier weight loads that can be applied. A barbell should be pivoted into the ground and then raised to a near 45 degree angle allowing for a full rotation forming a rainbow from hip to hip. This would place the athlete in a similar movement situation to what might be experienced when trying to maneuver their opponent off the cage or ropes as well as transitioning to a more advantageous position on the ground. 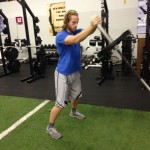 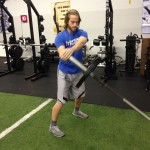 Rotate to One Side

Another personal favorite of mine is the iso pull up position knee tuck, or for those Crossfit enthusiasts, knees to elbows. Not only are we controlling our pelvic tilt and using our hip extensors, which will increase force production, but we are also simulating the clinch position through isometric arm contraction. 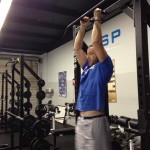 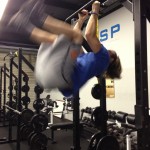 To sum it all up, core strengthening is a commonly misunderstood component of a fighter’s training regimen. Devoting more time to increasing the mobility, stability, and overall strength of the core can have an almost immediate effect on delivering that knockout blow to end the fight in your favor as well as keeping the fight going and getting you out of a dangerous position.