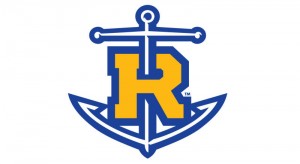 Over the next couple of weeks, I will blog about the teams that I work with at Rollins College, our approach to each team over the course of a year and the teams’ recent success. For those of you that don’t know, SSP contracted with Rollins College back in 2006. I began with just three teams, and have grown that to somewhere around 10 teams. I have overseen and run the strength and conditioning program on my own since the beginning, and this past year have brought on a full time assistant, Eric McGinnis.

The idea of a strength and conditioning coach was not new to Rollins back in ’06, but integrating strength and conditioning on a full time basis was. Teams had not had a strength coach that was directly responsible for a year round program with customized in-season, off-season and testing programs. As you can imagine, with most new things or “change” there was some resistance from certain athletes in the beginning, but my training program has grown to be an integral part of all the teams that I work with.

My approach to running a strength and conditioning is slightly different than most. In fact, most people thought and still think that I am completely crazy and over the top. Intensity, attention to detail and work ethic are a few of the areas that I am very passionate about initially instilling into my athletes. Not speed, or power or strength. That will come. I need athletes to buy into the idea that when they come to workouts they are there to concentrate and make an impact on the outcome of their season. I want to win CHAMPIONSHIPS. Yes, getting stronger, faster and more conditioned will help, but I need the other components as well.

So with that said, you can see why I was recently introduced at the Rollins Sports Banquet as “The Most Hated Man on Campus.” I take that as a complement. And even more so, it is a credit to the coaches and athletes for completely buying into the systems and programs. Since coming on board with certain programs, we have won Conference Championships for the first time in certain programs’ history, achieved highest national rankings, final four appearances, national championship appearance, all-americans and we continue to see athletes move on and sign professional contracts.