An Incredible ‘Return From Injury’ Story 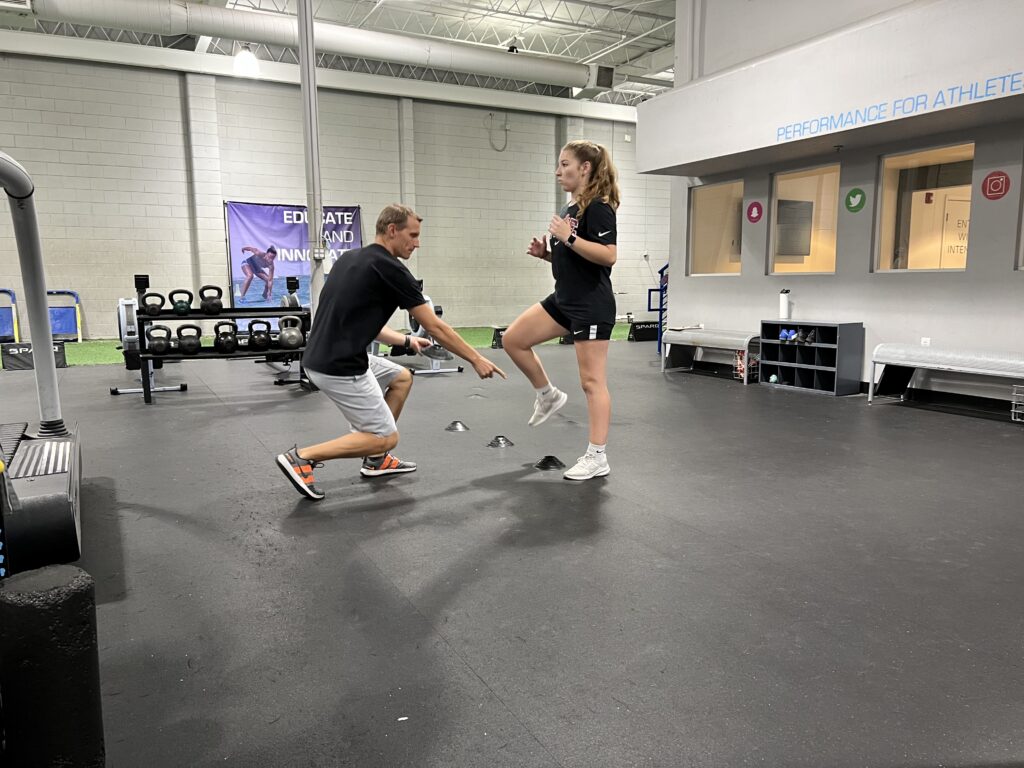 An Incredible ‘Return From Injury’ Story

At 15 she tore her ACL, a terrible injury for any young athlete to have. It requires surgery, and it usually takes about 9 months to return to full capacity and ready to play. But somewhere along the line, a lot went wrong. She ended up having 3 more surgeries, and one of those was a complete reconstruction of the patellar tendon (connects the kneecap to your shin bone). Fast forward to today. This athlete has had to minimize activity to allow for healing in her knee for almost 2.5 years. The minor amount of activity she has been allowed to perform was physical therapy for the leg up to 3 times per week. This was an active young athlete who previously spent 2 hours a day at practice and games, 4-5 days a week.  That is an enormous lifestyle change. Prior to the injury she was a highly active, constantly moving young athlete. After the injury, she has been restricted to a more sedentary lifestyle which brings other challenges including weight gain.

When I met Tatiana, I knew the backstory from her Physical Therapist, and expected a dejected kid who needed some spark to get her back on track to getting healed. At the time we started, she was unable to bend her knee half the distance it should go. She could not use that leg to step up on a 12″ step, and had discomfort squatting normally with her own body weight (this makes getting into and out of a chair not fun).  She had gained weight that made all of those things even harder. She had not run in over 2 years. With all of those realities staring her in the face every day…she still managed to stand in front of me and tell me she is ready to start working to get back on the soccer field! This amazing young woman was not sour. She was energetic. She had a glow. She was infectious in her optimism and had a smile all the time (well….maybe not while on the assault bike)!

Working with her in the first 2 weeks, I couldn’t help but think I was watching the definition of GRIT and RESILIENCE in action. If you aren’t familiar with the terms, Angela Duckworth has a bestselling book about it. It outlines an ability to overcome obstacles, dig in for the long haul, and persevere in the face of overwhelming odds. Go around and talk to a bunch of coaches right now…you will hear a common refrain. Kids right now don’t know how to grind, how to work hard to get better at a goal that is off in the distance and won’t be reached for a bit.  Because everything is so accessible, so quick, they expect the results of their work to pay dividends in the same time frame: “I worked hard this week so I will be better next week.” Us older people, we know better. We know that delayed gratification is key to attain real achievement. Focus on the process, not just the result. Such an easy phrase to spout off, not so easy to embrace daily. But there it is…the secret sauce. You have to do the little things, the things that aren’t fun, the stuff that nobody pats you on the back for or glamorizes. Nobody is posting pics of their mobility gains, or building strength in something as little as a step up, yet for someone like Tatiana, that is the work that HAS TO BE DONE!

Anyone who has had to comeback from an injury that takes more than 2 months knows this: it can be boring and monotonous!  The gains are sooooooooo slow at times. The horizon feels like it never gets any closer. It can be a challenge. Yet here she is, showing up 4 days a week, working as hard as anyone I have seen in our performance facility. And not just at the things that are easy to work at… she comes in early to work on stretching/mobilizing so she can get more range in her knees and ankles. She does the small exercises with the same effort as the assault bike or sled drags. SHE WORKS AT EVERYTHING! Not only does she bring it everyday, she brings a great laugh and attitude with her. You can’t help but feed off of someone like that. The others in our Return To Sport program see her move through her challenges, focus on the items in front of her, and after three months of what seems like diminutive gains, almost so imperceptible nobody even acknowledges, you can see the progress. She is having amazing results. She can squat lower than chair height with weights, she can lunge without pain, she has enough strength and stability to start Running! She got to jog for the first time in 2.5 years. She is working on lateral movements at slower speeds, but she is STARTING that process. She has lost 15 pounds in 15 weeks. All of that weight was fat pounds, and actually gained two pounds of muscle!  You can see it, she is transforming into the athlete she was two years ago.

Those goals off in the distance are getting closer. She still has a lot of work to do to get back on-field and play the game she loves. But for now, she remains diligent and focused. These gains weren’t anything she could post about, or show off on social media. She couldn’t brag about being able to do a single leg squat without pain to an inch lower than she was 2 weeks ago, because nobody would understand. She doesn’t care…she isn’t looking for someone to tell her how good she is doing. She has it figured out, she understands what it takes. It doesn’t mean it is easy for her, but she isn’t looking for easy…she wants results and she knows those take effort AND time! I can’t wait to see what she is capable of adding to this world, because with a mentality like hers, I know great things are in store. Whether she gets to compete at the level of soccer she wants to… I can’t answer that question. But I would say this…. I wouldn’t bet against her!