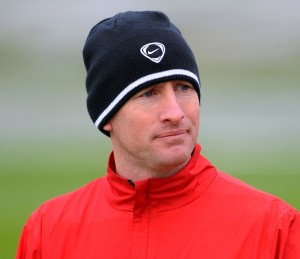 Sean Reed is currently the U21’s Coach of an English Premiership Club. With over 13 years experience working within professional football, Sean’s experience in player development ranges from working from U9’s all the way through to 1st team Premiership and International stars. Sean’s knowledge of the overall development of players is further rounded by spending a number of years as one of the football fitness coaches at a Premier League Club, where he was brought in to bridge the gap between the football and the fitness.

In his current coaching role, he has been instrumental in implementing a very successful ‘Player Centered Development Program’, which has seen the development of players reach the heights of playing in the Premiership and International Football.

A former youth footballer, Sean’s education includes 4 years on a soccer scholarship in the USA, achieving a BA Degree in Philosophy, an MSc in Sports Coaching as well as the UEFA A Coaching License. He will soon be working towards his UEFA Pro License.