For most players on the court, jumping is a key component in every game. Their ability to get up in the air quickly and get height while jumping can very well determine a won or lost point. For these reasons, volleyball players often aim at improving their vertical jump height through training. This section of training is often referred to as ‘plyometrics’ or ‘plyos’ for short. During the plyo session of a player’s workout, we do address the vertical jump, but we also address so much more.

When you watch a volleyball game, players do much more than just jump. They run, shuffle, cut, dive, etc. A player should be capable of making all of these movements at full speed. When done at full speed, all of these movements are quick, explosive movements, just like a vertical jump. One can then make the case that every movement during a game is a type of plyometric movement. Basically said, the whole game is a bunch of plyos put together! We take this into account during each and every session with our volleyball players. The goal is to get them more efficient at not only jumping up in the air, but also all other needed movements during a game. While a main focus of plyo training is to be more explosive, we must also train our athletes to decelerate themselves properly, become more stable on one leg as well as two, and eventually have better body awareness. Improving all of these components are goals of ours when we put athletes through plyo sessions. An athlete is going to produce much more power, and produce it more quickly, when they are more stable. They are also going to be in better position to make the next athletic movement if they can decelerate properly. In addition to all of this, a plyo session aims at reducing the risk of injuries. Many injuries occur after a jump or cut while an athlete is landing or attempting to decelerate. The selection of exercises in this blog is meant to address stability, deceleration, and overall force production during the athletic movements found on the volleyball court.

The main purpose of this exercise is to teach the athlete to quickly and powerfully decelerate into a stable base position. Before we think about training the athlete to forcefully jump or cut, we must work on their ability to drop all momentum into a base, a base where they are ready to cut, run, or jump. It is important to perform this exercise on two legs and on each leg individually. Dropping and stabilizing into a base is very different on one leg than it is on two legs. 1 to 2 sets of 3-5 reps are typically performed during a plyo session.
defrauding 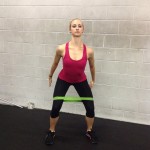 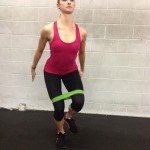 The focus here is pushing laterally on one leg and stabilizing on the opposite leg. This is important when training players to shuffle laterally and cover ground. Overall, lateral bounds can place an athlete in a stable position ready to make the next movement; whether that is jumping, moving to the net, or changing direction. Typically 2-3 sets of 3-6 reps are done. Using a mini-band around the knees is usually recommended for beginner athletes, as wearing it can reinforce glute activation to stabilize the knees. Knee stabilization is essential for power production and reducing the risk for serious injuries. 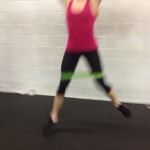 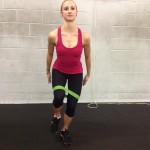 Let’s talk about it, jump height. All players want to improve it, and the Vertimax can be a great tool to achieve that when used properly. Before using a Vertimax, a player must understand what a proper athletic base position is and how to quickly drop into it and get stable (drop squats). When performing a squat jump, an athlete must drop into a base and quickly jump as high as possible. Full extension throughout the arms, hips, knees, and ankles. The process of loading properly and exploding into full extension is the ideal way to jump for height while effectively maximizing your power. Adding the resistance from the Vertimax is a way to strengthen the body throughout the squat jump process and eventually become stronger and more powerful while jumping. The bungee resistance not only makes it more difficult to jump, but will pull the athlete down after the jump. This will challenge the athlete’s ability to quickly get back into a stable, loaded base position. 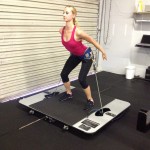 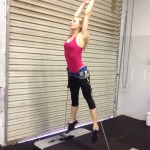